More than following the stories of three people struggling to somehow matter in the world, A Perfect Blindness, A Gritty Rock’n’Roll Tale is an Homage to a Place and Time.

A generous shot of chilled nostalgia for anyone old enough to have been digging the music and dancing in the clubs back in the late 80s.

Chicagoans, especially, will know every dance floor and recall many lost nights in the clubs the book features, several long gone. Everyone else will recognize the scene: the music, the clothes, the people, and their own lost weekends spinning vinyl or trying out a new Compact Disc. These were ht years that CDs were rapidly replacing 12-inch 33s and 7-inch 45s.

The stories unfold to a mixtape from decades ago, the soundtrack of Reaganomics, the Iron Lady, W, and Quayle, in the final years before the fall of the Berlin wall and the implosion of the Soviet Union.  SaveSave

“It’s 1988 in Chicago, and […] packed with references to the streets of Chicago, popular and underground music, and an insider’s knowledge of the technical side of the life of a musician.”

“smartly written and sharply atmospheric”
“[…] a fusion of euro-club danceability tinged with post-punk attitude, Hunt’s tireless, Jagermeister-fueled nightcrawlers give us a complete tour of North Side rock clubs in the ’80s—and of their own failings.”
“vivid look at Chicago’s delusion-driven electro-industrial music scene in the late 1980s showcases W. Lance Hunt’s gift for capturing the era’s often foolish dreams and grungy realities.”

“[A Perfect Blindness] tells the story of two musicians trying to make it in the late-1980s Chicago scene.”
“[…] Hunt successfully conjures the story’s time and a place in masterful detail.”
“An expansive historical novel that ably evokes its time and place.”

What the readers say:

“For fans of dance and electronic music who were young in the 1990s, author W. Lance Hunt’s debut novel A Perfect Blindness is an enjoyable tale of two striving musicians who move from Columbus, Ohio to Chicago in search of stardom. “
—Red Headed Book Lover

“[…] immersed in the electro-industrial music scene of the late 1980s. Having grown up myself in the 80s, reading it brought back many memories of my teen years. The descriptions of place, time and music are evocative and excellent. Especially music.”
—Anne Osmer

“Having grown up in both Columbus and Chicago, I find myself having fond memories of the clubs and bands mentioned in this story. I miss my Joy Division poster and still listen to the bands spoken of here. So sit down with this book, crank up some Joy Division and enjoy.”
—Michel Kirby

“the graphic and vivid descriptions of many of their liaisons and encounters add to the time period […] the 1980’s and the music scene is filled with punk rock, hardcore music and the hope for success.”
—Sam Freed

“you can’t help but identify yourself somehow if you lived your late teens or early twenties at the end of the 80’s. […] it’s accompanied by its very own soundtrack. So many of these songs took me back to my youth and brought back my own personal memories.”
—Sandy Richards

“Then turn me into a song. Or three. Preserve me. Preserve us.” These words would soon change everything. For all of us.

Get a custom edited, interactive playlist of the nearly 60 songs that appear in A Perfect Blindness, created exclusively for subscribers. Plus, about once a month, you’ll get updates, sneak peeks at the INTERZONE, hosted by me, W. Lance Hunt. Many different trips begin in the INTERZONE: one journeys to Chicago in 1988, one tours the magic of street art, another tastes wines, another travels to a world of magic. They’re all free & start with a playlist on Spotify, YouTube, 8tracks radio and Apple music.

Amazon Readers give it

For a taste of the “masterful detail” and a sample of clubs and bars from the late 80s early 90s, start off  here:

Get the APB playlist today

All My Works in Progress 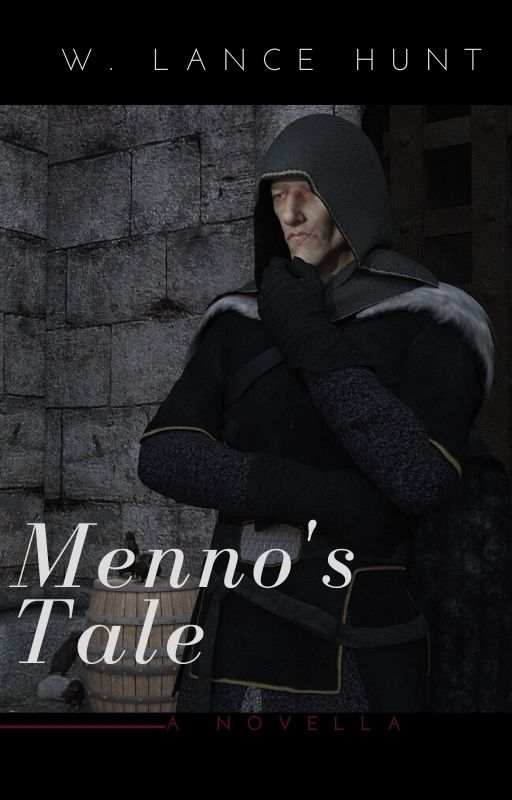 Multiverse World Bible
51% Complete
129 of 253 pages
The world bible for Menno's Tale, the Book of Visions and the Gloss of Zhenac
Join the Beta Readers